The Headmaster as Focused Visionary 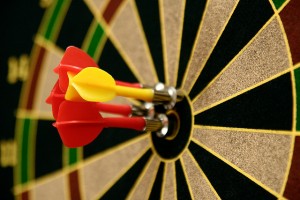 A response to a recent post claiming that The Headmaster must lead from the front as an exponent of the mission – vision – core values of the school asked, “How?” This is a good question from a talented professional in her first year as a headmaster. There is no doubt she will give this inaugural leadership position all energy and expertise she possesses to fulfill the schools goals. But, she wisely asks, “How?” Visionaries more easily paint a general picture of a bright future than strategically develop and execute on a plan. So, I plan a few articles in The Headmaster to address her question with practical answers beginning with The Headmaster as Focused Visionary.

The Headmaster as Focused Visionary acts as the ardent proponent of the Academy’s stated mission or ends, and one that reads well the signs of the times to deftly lead the academy to achieve its unchanging mission in the midst of a changing world.  She thinks and leads strategically.  While managers care for the day to day activities of the school operation, a focused visionary leader prays, reads, and thinks years into the future in order to lead today.  The leader thinks strategically about what could be, or what the academy should become, and how it should influence people.  The visionary leader can also sense the obstacles to success that need to be overcome prior to impact, and find a way through the rubble while building on the experience.  While the manager thinks about damage control, the leader looks for the opportunity for mission fulfillment in a changing environment, and persuasively communicates this to key people and eventually to all constituencies.  The manager surveys others in order to satisfy them, while the visionary thinks, and acts strategically.

The founding headmaster initiates a vision with others while the Headmaster that assumes the headship of an established school will adopt a vision.  The founding headmaster is energized by a great idea that needs to be done, or a sense of responsibility or a burden of care for others as the force to start and then overcome the obstacles to fulfillment of that mission.  The Headmaster that adopts a vision should carefully consider whether such a vision could be fully hers before taking the position.  I prefer to found and then pass on the vision to others but it is equally as exemplary to sustain an existing mission for the long term.  After all none of us really invents education since “there is nothing new under the sun.”  Prior to founding an innovative school fifteen years ago, my wife and I considered all we had experienced in the past, all we had hoped for the future of education and then raked through dozens of school brochures.  Then we wrote a mission statement, “The Academy educates youth in a historic Christian worldview through a vigorous classical curriculum.  The goal of The Academy is to train ethical leaders and wise thinkers who will shape culture for the glory of God.” Then we focused on fulfilling that vision and no other.

Whether founding or adopting a vision, the Headmaster should make the ultimate aim of every day, every activity, and every new program or program that is retired, every admission, and every hiring decision the mission, vision or ends of the academy.  In other words, she should use the vision/mission/ends of the academy as a filter for every decision.  Every day the press of activity, the good ideas, the manipulation of the influential seek to move the vision a few degrees. Don’t do it. If everything rises and falls on leadership, leadership rises and falls on visionary focus.  Visionary focus is based on a mission driven labor of love fired by the hopeful expectation of movement toward a clear and worthy end, and then sustaining focused drive for that end.   Yes, The Headmaster is a visionary when she focuses on the vision.